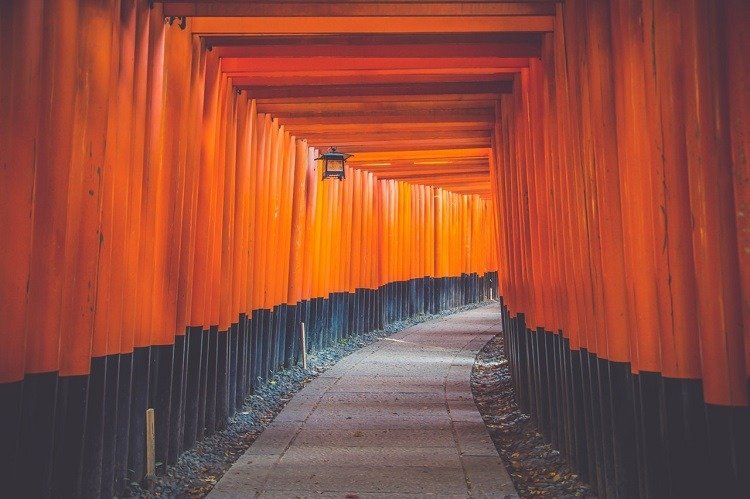 In the age of the fourth industrial revolution, risks are changing. The advent of technology has made digital assets more valuable than physical ones.

In this scenario, the insurance sector has been increasingly left to deal with technological change and disruption and is having to reconsider the way it defines itself. Having had the opportunity to discuss this transformation in more than 15 different countries, I saw that insurtech is helping to redefine the way the insurance industry is perceived.

Insurance is about providing protection for people in life and in employment. It is about providing a contract where someone promises to indemnify another against loss or damage from an uncertain event, as long as a premium is paid to obtain this coverage – the concept has been around since 1347.

It’s unthinkable for an insurer today not to pose the question of how to evolve its business architecture by thinking which modules within their value chain should be transformed or reinvented via technology and data usage. I believe all the players in the insurance arena will be insurtech – that are, organisations where technology will prevail as the key enabler for the achievement of their strategic goals.

Insurtech start-ups have received more than $18billion in funding to date, according to Venture Scanner data. Fantastic teams and interesting new insurance cases have been grabbing the attention of analysts.

Full-stack insurtech start-ups are generating a lot of excitement in the investor community and attracting relevant funds, and some have achieved stellar valuations, with Oscar, Lemonade, Sonnet, Alan, Element, Zhong An some of the most fascinating players. It looks like the aim to disrupt the status quo, combined with a scepticism about the incumbents’ ability to innovate, is focusing the attention on players to create new insurance products.

A business model adopted by more and more players is the MGA/MGU approach (Managing General Agents/Managing General Underwriter), a way to satisfy investor appetite for players covering a large part of the activities in the insurance value chain and partnering only with an incumbent for receiving underwriting capacity. Trov, Slice, so-sure, Insure The Box, Root, Bought By Many, and Prima are some examples of this approach. 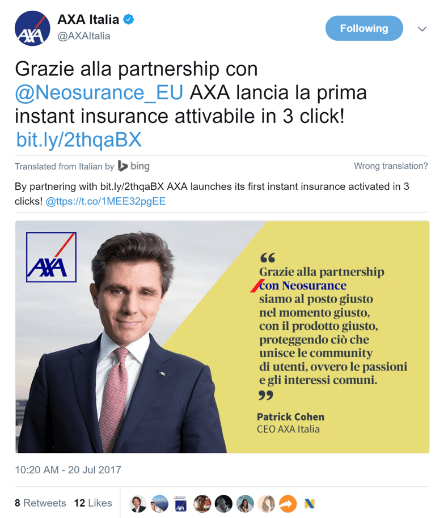 I am positive about the ability of the incumbents to innovate, and about the potential for incumbents and insurtech startups to collaborate. This view is based, for example, on the impressive international success of players such as Guidewire and Octo Telematics. I believe service providers for the insurance sector will be more successful in scaling at an international level than the other models described above. This kind of collaboration is leveraging on the incumbents’ technical knowledge and their customer’s trust, which has frequently been underestimated by insurtech enthusiasts. The most relevant opportunity is the collaboration between incumbents and specialised tech players capable of enabling the incumbent’s innovation in the different steps of the business model.

Denim for the awareness, Digital Fineprint for the choice, Neosurance for the purchase, MotionCloud for the claims, Pypestream for the policy management – these are a few players innovating on each step of the customer journey, based on my map to classify the insurtech initiatives.

For insurtech start-ups to be successful and outperform traditional insurance companies, they need to have their business models concentrated in what I call the four axes (4 Ps): productivity, profitability, proximity and persistency.

An excellent example is Discovery Holding, with its Vitality wellbeing program. This has been replicated in different business lines and countries with different business models – they are carriers in some countries, operate joint-ventures with local insurers in other regions and are a service provider in other nations. They are using state-of-the-art technologies such as wearables and telematics to create a model based on value creation outperforming on all the four Ps, enabling them to share value with their customers through incentives and discounts.

Insurtech adoption will make the insurance sector stronger and in that way more able to achieve its strategic goal: to protect the way people’s lives and organisations work.